After years and years of decline, DC has finally set the plot twist that LGBTQs have long been waiting for. * drum roll please * Robin is bisexual!

Oh yes it’s true ! Robin appeared as bisexual in the latest comic book issue of ‘Batman: Urban Legends’ which came out this Tuesday.

Robin is one of those DC characters who has long been considered gay by audiences since he subtly left allusions in the books. But this time, the character has gained confidence to finally turn out to be bisexual and accept his identity.

The story of his coming out is the cliffhanger of this latest opus. Robin is Tim Drake who fights alongside Bernard. This is the “bright moment” for Tim when he feels something for Bernard and wants to make sense of those emotions.

He gathers courage and fights in the final scenes of the comics. Tim finally regains his courage and visits Bernard’s block. As Bernard opens the door, he wants to invite Tim out but Tim interrupts him. He displays a feeling of relief when he sees Bernard unharmed. He accepts what Bernard feels. 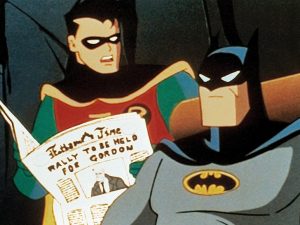 In response, Bernard asks Tim for a date and the comic ends with Tim aka Robin saying “Yes”!

The next issue of the comic will be released in December. Until then, comic book fans must wait in anticipation of what happens next. Writers Meghan Fitzmartin, Belen Ortega and Alejandro Sanchez made this cliffhanger a reality.

Although Robin has dated women before, seeing him finally come to terms with his sexuality is a breath of fresh air. Fans were so thrilled with this cliffhanger that they expressed their happiness on social media. One fan said: “It’s crazy I saw Tim DRAKE come out years ago … kudos to DC for making it a reality.”